Record breaking by Kamaru Usman fight with Gilbert Burns at UFC 258 match.
Let’s recap the fight between Usman vs Burns

A great knock by Kamaru Usman in this match,

Round 1 :- Specially in the first round kamaru takes all the advantages of his ability. 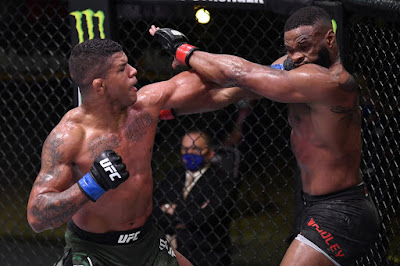 while realizing burns to be more sweetened , usman consequently punching on Burns, A great punch hitted Burns over the Kamaru Usman , at the end of round 1st ,this make almost equally sided game . Around half the round 1 Burns laying down and teasing the Usman and gradually kicking the usman ,At the end of round both players were in aggressive mode.

Round 2:- This is the turning point of this UFC 258 match | Kamaru Usman vs Gilbert Burns Full Fight 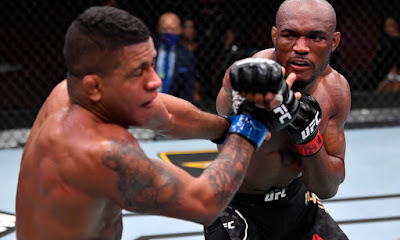 Kamaru Usman vs Gilbert Burns Full Fight
At the starting of this round players start with juggling of their body movements and hitting punches, but this round specially for the Kamaru Usman , because he takes all the advantage from Round 1, And hit a powerful punch towards the nose of Gilbert Burns, which almost make burns wasted , but somehow he managed himself and facing the aggressive Usman continuously , and this make the end of round 2. 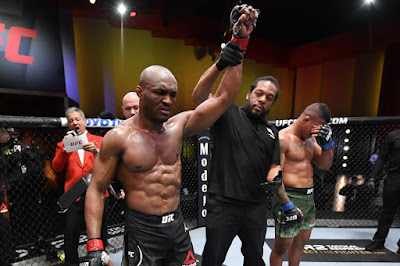 As Burns already badly hearted by Kamaru usman from a solid punch and massive pull back from his right hand to Burns .As a starting of Round 3 usman attacked on Burns with a front face punch after this burns fell down and then usman attacked to his face by continuos punch one after one on his face and make gilbert burns force to cry.
After loosing the match gilbert start crying in the ring , but usman celebrated his moment and gear up like a monster .

Overall, this match was toughest match ever in UFC , and also a emotional moment for Gilbert burns. In this match Burns injured badly ,because Usman broke his nose and burns get blooded. 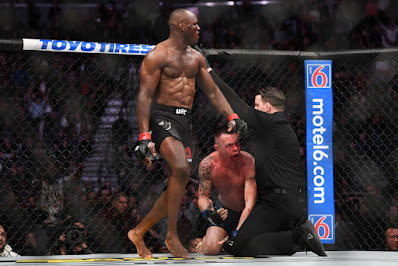 Gilbert Burns posted from his tweeter :-

“Amen ! Let’s go #andnew already on championship weight on my to the Apex !”

This was the full story of this match , and Usman looked impressive. Talk about the ability to recover , stay composed and keep pressuring . Usman’s striking just keeps getting better and better. Great chin and cardio for days !.

Please mention your valuable feedback about this match in this comment box.

Read also, How you can get best web hostings free